People learn in all different ways. Some prefer auditory activities, while others learn better through kinetic or visual practice. This sailboat retrospective template is fitted for those who like a visual and metaphorical representation of the ideas being discussed.

How to run the Sailboat Retrospective TL;DR:

The sailboat retrospective is a great way to create a team vision while addressing any problems that may pop up along the way. This simple agile retrospective format, also called the Pirate Ship Retrospective, involves a little artwork and a lot of discussion. It can be very effective in giving the team a platform to come up with a vision and understand what problems or issues are impeding it.

What Is the Sailboat Retrospective?

Picture a vision board, but more dynamic and specific. It includes points of contention, future goals, causes of stagnation, risk prediction, and motivating forces - all wrapped up in a relaxing and scenic illustration of a sailboat or pirate ship at sea.

The idea is for team members to really see their words in action. The past and the potential.

Conceptualizing what slows the boat (the team/project) down and what blows it in the right direction is a great way to compartmentalize what processes have and haven’t been working for a smoother path to future destinations.

When Can the Sailboat Format be Used?

The sailboat retrospective, or pirate ship retrospective, like most scrum retrospective templates, should be used directly following an iteration, so that feedback is fresh in the memory. Steps for moving forward as a unified front can then be established for upcoming projects.

A General Guideline to Using the Sailboat Retrospective Template

Either physically or virtually on a versatile retrospective platform like GoRetro, begin with an illustration of a sailboat in some water to represent the past scrum/sprint/project/team.

Draw an anchor dropped to the seafloor, to represent what weighed the team/venture down. Towards the front of the boat, draw an island to represent the ideal destination (goals). Draw some clouds blowing wind to capture the motivating forces that propelled the team towards the 'island', and finally draw some menacing rocks just below sea level - an obstruction to the boat's path/goals. Add any other elements you'd like.

With this illustration and its metaphors explained, allow team members to add their answers to each area of the drawing. For example, in the clouds, someone could stick a note that reads 'gestures of appreciation’ as something that kept their momentum and morale up.

Everyone can then discuss these points and get varied perspectives on those that aren't unanimous. To keep things democratic, you can vote on these controversial decisions before taking any future actions.

By the end, the goal is to have a clear idea of what parts of the process should be repeated and what new things should be implemented for future sprints.

How to Run A Sailboat Sprint Retrospective In GoRetro

GoRetro makes so many retrospective templates so easy to execute. Once logged in, all your team members can be invited into the dashboard and onto the chosen template.

Team members can attach their thoughts to the virtual illustration and even take votes. The platform hosts discussion and comment threads for clear and easy participation, and even offers AI support and suggestions!

Once a vision of future strategies and processes is formed, action tasks can be assigned with due dates. Then, the entire retrospective process will be virtually recorded for reference at any time in the future to ensure that everyone is remaining on task with all their new tools and strategies.

Who is this Retrospective For?

The sailboat retrospective / pirate ship retrospective is for everyone who took part in the initial sprint. Each individual plays a different role in the process and has new and useful perspectives to add to the collective discussion. Leaders, partners, and valued customers could also be present.

‍
Why Is the Sailboat Retrospective Agile Format Important?

Reflecting on what edits to make for future endeavors should always be an evolving process, full of trial and error, making retrospectives incredibly important.

This one in particular is fun, simple, and diverse for different learning/participation styles and needs.

It's an effective way to unify the team, reminding them they are all part of the same crew, on the same boat, going in the same direction and working together.

Retrospectives are so important for the unity and morale of the team. Putting strengths and weaknesses into perspective is a key factor in refinement strategy and group support. These meetings, whether virtual or physical, are a great place for praise, deliberation, and refocusing.

With more and more of your workflow taking place online, trust GoRetro to get your team together online, guide effective discussions and keep every detail of the minutes forever!

GoRetro is an easy retro tool offering
many retro boards for agile teams of all sizes.
GoRetro - the best online retrospective tool, 100% free. 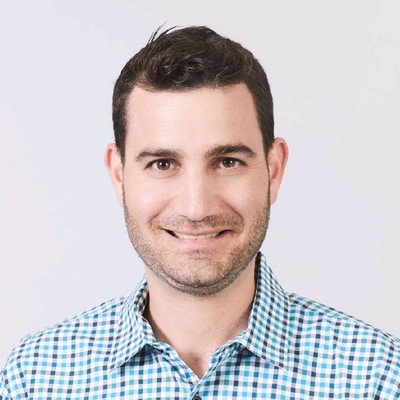 The rich text element allows you to create and format headings, paragraphs, blockquotes, images, and video all in one place instead of having to add and format them individually. Just double-click and easily create content.

The rich text element allows you to create and format headings, paragraphs, blockquotes, images, and video all in one place instead of having to add and format them individually. Just double-click and easily create content.

ent allows you to create and format headings, paragraphs. can be used with static or dynamic content.

How to customize formatting for each rich text

Headings, paragraphs, blockquotes, figures, images, and figure captions can all be styled after a class is added to the rich text element using the "When inside of" nested selector system.