When holding a sprint retrospective, it is important to keep things engaging and light. Your team should be invested, and take the retrospective seriously. But, that doesn’t mean you can’t get creative and have some fun with it.

As we all know, work meetings can be dry. So why not spice things up? If you are in search of some ideas to get creative during your retrospective meetings, continue reading. We’ll go over 20 creative sprint retrospective ideas for you to try that will motivate your team, and let them have some fun in the process.

The “two roses and a thorn” agile retrospective idea is a great way to get everyone loosened up and ready to participate, plus it's super simple! Everyone takes turns telling two great things (the roses) that have happened to them that day or week, and one not so great thing. This game is not only interactive, but it gets everyone ready to participate in the meeting.

In the Seasons retrospective, each team member takes a sticky note and writes the season that best represents how they feel about the project or meeting. Those results then get plugged into a graph so your team has a visual representation of the overall feelings on the project. It is also helpful to define what each season represents. For instance, Winter is cold and slow; Spring is representative of growth; Summer is hot and happy; and Fall represents change. ‍

‍By starting out the meeting on a fun, not-so-serious note, your team will be motivated and excited to participate in the retrospective. You can find tons of fun retrospective games and icebreakers on the internet that everyone loves to play– even working adults! Who doesn’t like to have a little fun, right? If you play a game before each agile retrospective meeting, it will raise the energy of the group and get them excited for the meeting.

‍This method is a great way to get everyone participating in the discussion at hand. Separate the team into pairs or small groups, and give them a set amount of time to discuss the topic at hand. At the end, each group elects someone to present what they discussed. After that, your team can discuss the issue as a whole, building off of what the small groups talked about.

The “what happened retrospective idea" begins with each employee on a team giving their honest feedback about the sprint. After that, the team can try to reproduce their most positive results for future projects and sprints. Embracing this retrospective activity can create even better practices if you also allow for some constructive criticism and negative feedback during the meeting. 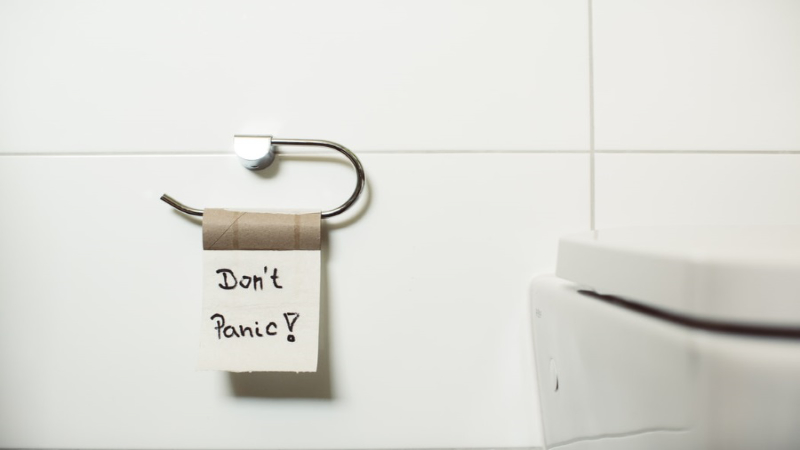 Idea #6: Do giveaways or prizes

The wow, wondering, and worried retrospective idea allows your employees to be open about how they feel with the topic at hand. Let’s break it down so you can understand how this activity works.

This word represents the question of what went well, or is worthy of praise about the project or topic. This allows for each team member to voice their opinions honestly.

This section asks what some things are that the team members are unsure or confused about with the project or topic.

This piece of the retrospective helps to clear up some of the frustrations or disappointments that team members may have about the project.

As you can see, this retro activity is very straightforward to run, and makes it very easy to participate in. As long as the team members are honest with the opinions that they give for each word, you should be able to quickly figure out a solution that satisfies everyone in the group.

Idea #8: Have a “leader’s board” visible

‍This is a great way to motivate your dev team to sell more or get more clients. By having a monthly or quarterly leader board up and announcing the leaders regularly, you will motivate everyone to sell more and work harder. It is a great way to recognize the hard work that your team is putting in, as well as give them some credit. Nothing creates motivation like recognition for accomplishments.

Idea #9: How Do You Feel Retro

In this retrospective activity, each member expresses how he or she is feeling about the project by using emoticons. This activity focuses on dealing with irrational problems, like emotions towards a project, and fixing those problems so the project can go on more smoothly. The team will use emoticons to express their feelings, and then visualize the most and least used emoticons in the matrix. This will allow the team to discuss these emotions, and team members’ trust towards each other could slightly improve. Additionally, this is a great activity for team members who have never worked together and have not established trust among themselves.

Health checks are used to assess how the team is feeling about their team members, the project, or the company in general. With this retro idea, the facilitator will ask team members to answer questions and say if they’re feeling happy and good, neutral with some issues, or unhappy and sad. The team will then discuss each question and how everyone is feeling, which will allow them to learn from their successes and mistakes. Plus, health checks are a great way to build trusting relationships among team members, and get a consensus on your team’s feelings.

The celebration grid sprint retrospective idea allows your team to communicate clearly and not be ashamed of making mistakes. The facilitator will set up a celebration grid to classify failures and successes. Then, the team will discuss what worked, what did not work, and what improvements should be made. Once all of these thoughts are gathered, they’re to be added to the grid as either a practice that led to success or a mistake that led to failure. Then, the team will discuss the most important sprint retro question: what did we learn from this experience? By celebrating successes and recognizing mistakes, your team can learn how to keep things running smoothly for future projects.

It can be hard to visualize performance as a team, however, the radar sprint retrospective idea is a great way to do that. You get team members to pick eight aspects of the project and then rate them on a scale. It is important to put a scale that does not have a median number, like 5, since people tend to go for the middle number to feel safe. A scale of 1 to 7 is a great option. Then, you can create action items for the team and improve the project’s performance. The radar retrospective idea is a great way to get the team in the habit of rating their performance without feeling bad about it. This can lead to the team being more proactive in the future since they know what their weaknesses are.

The Focus On Focus Off Retrospective is an idea where teams will focus on positive and constructive feedback, while keeping the focus off of points of blame or combative communication styles. It is a great strategy to implement right before the Retrospective, consists of a short phrase that frames the desired mindset for the meeting. By allowing teams to get on the same page at this stage, developers will be able to dig in and be as productive and cross-functional as possible over course of the next iteration.

The Remote Sprint Retrospective idea is simply a format that is available remotely so that teams can meet no matter where they are!

The Spiderweb Retrospective Format might sound scary, but it’s actually incredibly simple, easy and effective! The retro works by contrasting a team's strengths and weaknesses in various areas, which is traditionally done by graphing results along eight different spider legs like a radar chart 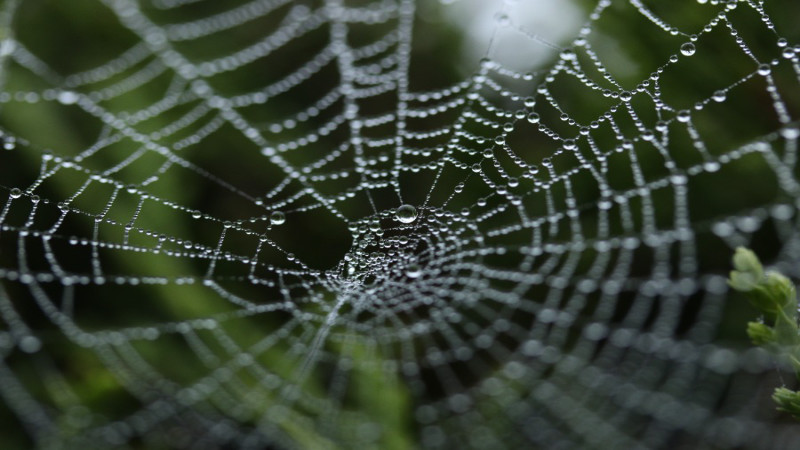 The Futurspective Retrospective Idea, which we learned about from Agile Coaching Expert Ben Linders, makes use of visualization in order to motivate team members to drive towards their sprint goals. This idea asks team members to envision themselves at the end of a successful sprint, imagining what goals they’ve achieved and what it was that helped them reach that point. Then, the team will decide what they can do at present to ensure their goals are achieved in the future.

The Culture Cards Retrospective Idea, which also has some great templates available on BenLinders.com, provides teams an excellent way to analyze their shared character and culture. Team leaders will create a number of culture cards that each list one word, like: “Respect,” “Efficiency,” or “Competitive.” Team members will choose one card at a time in order to explore discussions about how strongly the card’s buzzword reflects the team’s culture. If there are cards with great buzzwords that the team hasn’t been fulfilling, they’ll discuss how they can better align with these positive cultural aspects.

The Extreme Pairing Retrospective Idea is a great way to get your team members talking– especially those team members who may not get along usually! Much like the previous two posts, you can find more information about this retrospective idea on the Ben Linders website, this time in an excellent guest post by Zoltán Ludányi.

This retro idea asks team leaders to identify any members of their team who may exist on the poles of the team’s shared culture. This could mean minority members of the team, your shyest or loudest members, or really anyone who can be singled out from the larger group. By pairing these individuals with their opposite, there is a chance that the team will come up with some previously unheard of ideas!

The Retrospective Prime Directive offers guidance on how to create an effective retrospective meeting for your team. The prime directive statement by Norm Kerth is a popular retrospective stage-setter and is highly effective in creating an atmosphere of understanding, a base for a respectful communication between the scrum team members. 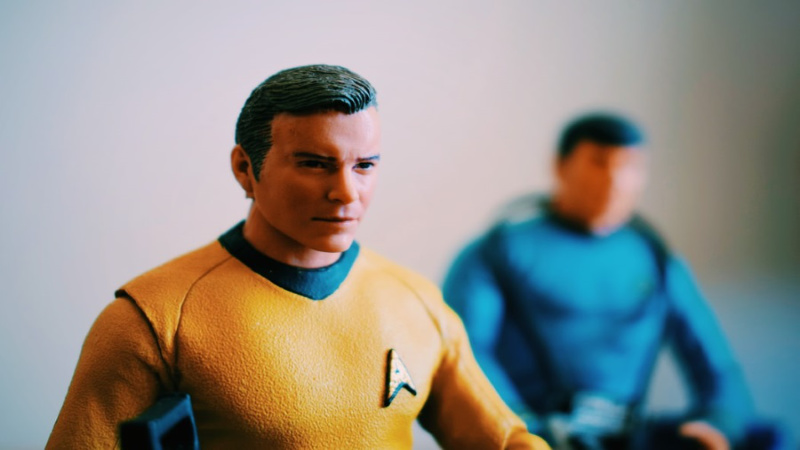 When running retrospectives, it is important to not let it get too monotonous. With GoRetro, you can bring some creativity and fun to those meetings. Keep your team motivated and excited to grow! After all, no one likes a boring, run-of-the-mill agile retrospective meeting, so why not spice things up a bit? Sign up for GoRetro– always free– right here!

Highly experienced in leading multi-organizational teams, groups, in-shore as well as off-shore. The go-to person who is able to simplify the complex. An agile advocate, experienced in all common methodologies. Responsible for the entire software development lifecycle process from development, QA, DevOps, Automation to delivery including overall planning, direction, coordination, execution, implementation, control and completion. Drives execution, and communicates on status, risks, metrics, risk-mitigation and processes across R&D.