Three Little Pigs Retrospective Guide: Everything You Need to Know

The ‘three little pigs’, you say? As in, those pigs in the nursery rhymes from your childhood?

What on earth could they possibly have to do with sprint retrospectives, you might be asking.

You'd be totally forgiven if you're even slightly confused!

But, actually, those three little pigs could teach you a LOT about how to have fun and productive retrospectives!

Buckle up; things are about to get fable-y.

Before we get into the ‘what’, let's quickly refresh your minds as to the story.

As you may recall, the Three Little Pigs is a story about, well, three little pigs.

Inexplicably, these three pigs live alongside one of their common aggressors - a wolf, who is forever intent on blowing down their houses.

The wolf succeeds in ‘huffing and puffing’ (blowing hard enough to destroy a somewhat poorly-constructed building) the first two houses, but can't succeed in blowing down the brick-built house (obviously).

The story is an allegory for preparedness: each of the pigs represent a different approach to readiness and process - and can teach us a LOT about the way we respond to known processes, and our own preparedness in the face of the expected (as well as the unexpected, but that’s a different story for another time).

Perhaps you see a direct link to your sprint retro already. Perhaps not. Either way...we’ll spell it out for you.

Taking a beloved children’s fable and using it to inform and improve your sprint might be a little tricky to connect the dots to.

However, looking at the fable’s sum of its parts makes it easier to understand how it fits in:

Your sprint retro is a fact of life. As long as you're running a sprint, we’d hope there’d be a sprint retro (and if you're not in the habit of running sprint retros, then check out our range of fun retrospectives and other Agile retrospective formats to choose from). Splitting retros are a part of the life cycle of your spirits (among other important parts you may or may not be aware of!).

Just as with the Three Little Pigs, your sprints end with a retro. The pigs’ house building will end with a wolf attempting to blow their houses down.

Each house represents a different aspect of the sprint process:

How to Run a Three Little Pigs Retrospective

This is a fun, engaging way to promote an open, honest and blame-free sprint retrospective, each and every time! Here’s your play-by-play:

The Benefits of Running a Three Little Pigs Sprint

Other than it being a super fun way of getting your team on the same page and having fun, the Three Little Pigs retro has way more benefits!

You'll enjoy it for the specific focus on the less-stable or functioning area of the sprint, all the while keeping away from any finger-pointing or ill-feeling among the team.

This is important not just for the wellbeing of the current sprint, but to cultivate and instill a sense of togetherness and harmony for all sprint retro participants for the future too.

Enjoy Painless, Blameless Sprint Retros Each and Every Time, with GoRetro

GoRetro is a forever free sprint retrospective tool to help your sprints run quicker, smoother, and pain (and blame-) free!

Already loved and widely used by many happy customers worldwide including ‍Lyft, Adobe, GoDaddy, and more, you’ll wonder how you could have ever lived without it. 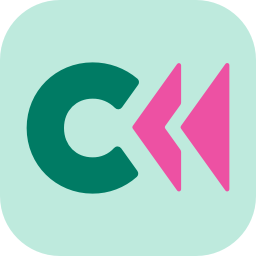 Three Little Pigs Retrospective Guide: Everything You Need to Know

Using SWOT for your Retrospective Meetings

How to Run the Ideal Sprint Retrospective: a Guide

How to Run a Sprint Retrospective: the Meeting Checklist (and Guide) for Retro Moderators

5 Reasons Running Sprint Retrospectives Improves Software Development Across the Board

How to Run a (Truly) Blameless Sprint Retrospective

How To Help Developers Love and Enjoy Scrum Retrospectives

Icebreaker Questions to Get Your Dev Team Really Talking

Premortems: Save Your Sprint (Before It’s Too Late)

If Sprint Retrospective Meetings are so Helpful, Why Isn't Everyone Having Them?

Marginal Gains: What Software Development Can Learn From Riding Bikes

Is the Squad Health Check Model right for your dev team?

AI and the Data-driven Future of Sprint Retrospectives