Over the past few years, blamelessness has become an increasingly central guiding principle for engineering teams. A blameless philosophy assumes that individuals have fundamentally good intentions and are doing the best with the information they have at any given time. It encourages teams to look beyond the potential missteps of individuals to instead identify larger, system-level root causes when things go wrong. (See “Further Reading” for some of our favorite writings on the subject.)

There are lots of worthwhile reasons for building a blameless engineering culture, but it can be hard to implement in practice.

We sat down with six engineering leaders to discuss their perspective on how to bring the benefits of blamelessness to sprint retrospectives.

Make sure everyone understands the ground rules at the start (ideally laid out by whatever party is running the retrospective; this person's job is to keep the meeting on track and ask clarifying questions). Given that this is a blameless exercise, I advocate focusing on:

I really like the notion of going hard on process and soft on people. It assumes good intent from all parties and steers folks more to problem solving than trying to focus too much on who did something wrong/why they did it

One exercise that I’ve found valuable is the “Five Whys.” No big reveal here – it’s literally exactly what it sounds like. :) Whenever we’re looking at an outcome (why we missed a deadline, for example, or why a critical bug was introduced into production), we force ourselves to ask “why” five times.

It can sometimes feel awkward or silly. But the answer at the end is never “because Martin messed up.” It’s “because we don’t have adequate safeguards in place” or “because we haven’t built in more redundancy.”

TLDR: Acknowledge and plan for failure

One approach I’ve seen in blameless retros is to try to strip away any sense of personal agency. For example, it’s common to see after action reviews that encourage language like “a bug was pushed to production.” This is well-intentioned. It tries to shift the focus from assigning blame to getting to the root of what’s broken – which is a systems-level challenge.

But I think the opposite approach is actually better. Whenever I push a bug to production, I try to explicitly acknowledge the role that human judgment (or error) played. The best leaders I’ve worked with do the same.

The goal here isn’t to “fall on the sword.” It’s actually to defang and plan for failure. We all make mistakes, and that’s critical to acknowledge. The focus should be on how we build systems and processes that are resilient to human error.

The goal of "blamelessness," at least as I understand it, is to induce honesty and impartiality in devising and assessing solutions to problems.

Everyone should know that. I think it's good practice to briefly verbally remind everyone at the start that the retro is blameless.

The senior people organizing the retro must have credibility on this front, or there's no point. And if someone voluntarily shares something they did that didn't show them at their best, a little nudge of encouragement for their honesty is nice.

People need to be engaged – not just one or two people, but the whole team. To that end, structure matters a lot. There should be someone responsible for the timer, ideally a publicly visible one, and in my opinion they should be actively expected to enforce a hard, potentially mid-sentence stop on all speakers. The schedule should also include buffer/"parking lot" time at the end (I'd say at least 10 min if the whole thing is an hour) to return to things you missed.

The key to running a blameless retrospective is creating an environment of trust. If trust isn’t there, you can introduce whatever processes you want – but team members will still worry about repercussions and look for ways to cover their asses.

In my first engineering job, my manager sat me down and told me: “At some point you’re going to bring down the site.” He wasn’t trying to discourage me. On the contrary, he was trying to empower me to raise my hand when I was in trouble and seek help. For team leads, it’s critical to build a relationship with team members that lets them know that you recognize they’re human – and that’s okay.

It’s also critical to get the big moments right. How does the team lead react when a system failure first surfaces? Your reaction is so important – because when something melts down, you don’t want team members to hide it. Team leads should monitor and critique their own reactions to crisis, including even conducting a mini-retro around the response itself.

TLDR: It’s all about the follow-up

I spend a lot of time thinking about the fact that blameless retros almost always end up surfacing system issues: processes that need to be reworked, technical debt that needs to be paid down, and the like. Too often, we identify those issues – but then don’t fight for the resources to address them in the next sprint.

As a result, we spend a lot of energy root causing, but then never actually address the root cause because we have to race ahead to the next feature. It’s dispiriting. And eventually the engineering team loses faith in this whole “blameless” thing, since it never seems to actually deliver any improvements or changes.

So my recommendation would be: as an engineering lead, learn how to advocate persuasively for investment in fixing the problems that come out of a blameless retro. Become bilingual in the “language of the business” so that you can get time allocated for servicing technical debt and building more resilient systems. 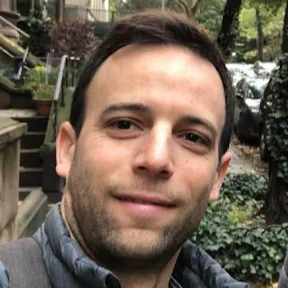 I’m an agile enthusiast, a strong believer in people, experimentation and continuous learning and improvement. Strong entrepreneurial background, currently co-founder and CEO of Acumen (creator of GoRetro), prior to Acumen I was the co-founder and CEO of Visualead (acquired by Alibaba Group). I served for 8 years in the IAF, known for its best retrospective and debriefing process in the world. Did my MBA in management of technology, entrepreneurship and innovation, in Tel Aviv university‍